We had a wonderful week. Here are some updates:

Spelling:  Students wrote a quiz on lesson 29 and took their spelling workbooks home to complete and review lesson 30.

For example, we discussed quadrilaterals, which are four-sided polygons. There are many kinds of quadrilaterals. The five most common types are the rectangle, the square, the parallelogram, the trapezoid, and the rhombus. We learned that polygons are 2-dimensional shapes. They are made of straight lines, and the shape is "closed" (all the lines connect up). Students also explored different 2- D shapes on geo -boards.
In addition to this, students learned about symmetry and symmetrical shapes around us.

Reading Comprehension/Writing: Students continued to complete comprehension activities for chapters 7 and 8 from our novel study of "Chocolate Fever". They wrote summaries for chapter 7and 8 independently.


Science: We learned what movement is and discovered different position words while they played in the playground. Next, we learned the two types of forces; Push and Pull. Then, we identified the six basic types of simple machines – lever; inclined plane; pulley; wheel and axle, screw, and wedge. So far, we explored inclined planes and pulleys in detail.

Islamic Studies/Writing:  Students learned how to summarize the story of  Prophet Nuh by using a graphic organizer "SWBST" which is an acronym for S- Someone, W- Wanted, B-But, S-So, T-Then.

Congrats to all who participated in the Quran competition from 2B. The winner for the Abraar Annual Quran Competiton 2016-17 from grade 2 is Sumayyah Boutaleb MashAllah!

During the month of April, the grade 2's were responsible for the character trait of April, which was Cooperation. Each class was given a  task to make a cooperation loop where the students had to write an act of cooperation on a paper strip according to the assigned colour of their class. Then they had to attach the strips to a loop. On a weekly basis, lLoops from all classes were collected and joined together to cover the school from one side to the other side! The idea was the more loops the classes make the more cooperative that class is! We are still adding cooperation loops in order to reach the other end! 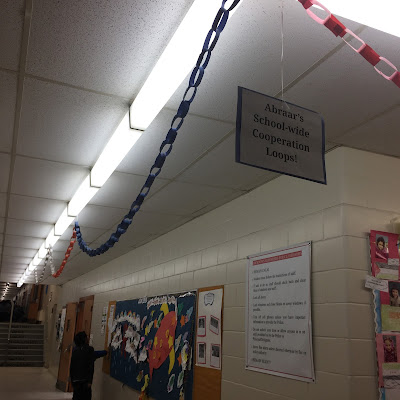 In addition to this, Tr. Anam and I planned to provide cooperative games to the whole school. These games were played by all grades last Thursday and were much enjoyed by everyone. The games that grade 2 played were "Pool Noodle" and "Save Harry". Ask your child about these games as we had a blast after playing those fun cooperative games. :) 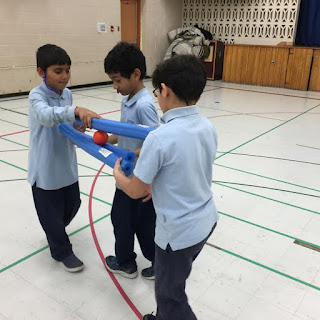 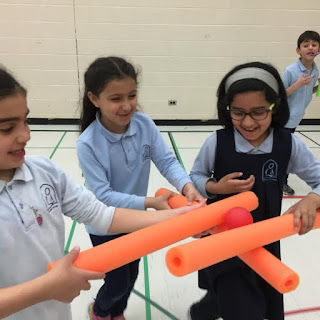 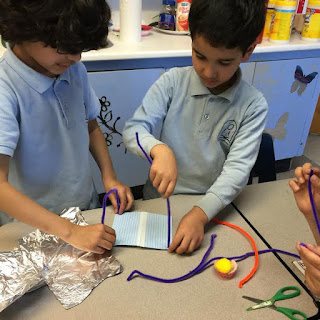 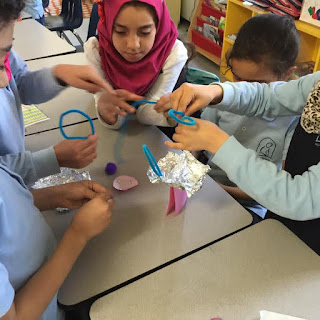 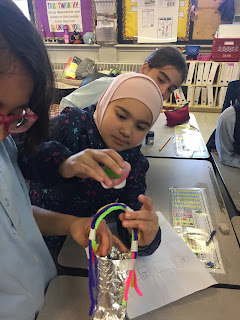 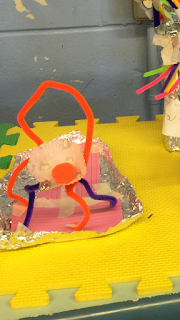 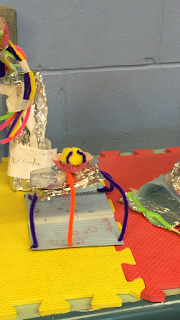 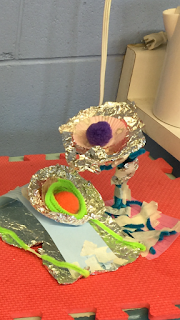 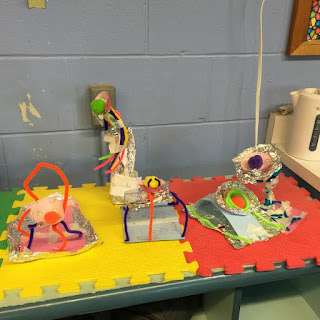 Cooperative Spring Mural: Here is the final picture of our Cooperative Garden that we started to make last week. 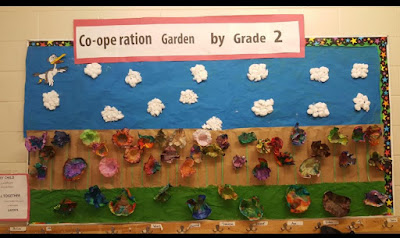 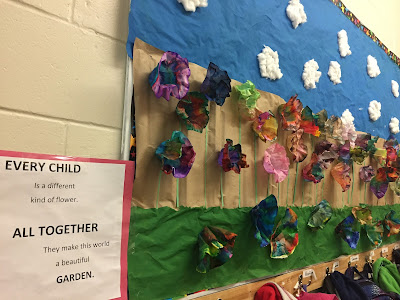